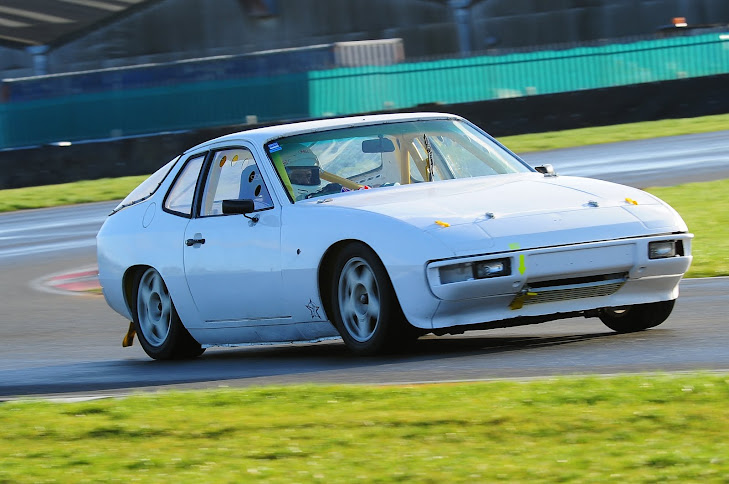 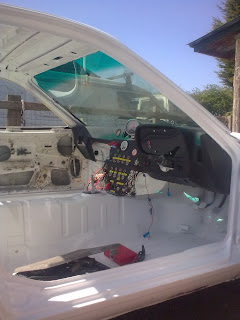 Once the dash was fitted i could then turn my attention to the wiring and getting some cables and wires to the front and back of the car.This is when i discovered that the chap who done the wiring on the centre consol was not quite right.All of the switches have bolt terminals and the former owner or builder had decided to use push on spade terminals instead.This is fine when a piece of equipment is resonably static and if there are not more than one cable terminated onto the switch.But this muppet had loads of cables running round with multiple piggyback crimps.There were four piggy's on the main switch alone.What a mess,this would not get me to the finish line.

So I ripped out all of the wiring and started again.New M3 nuts,bolts and washers were used on the switches with lovely ring crimps fitted so the buggers wont come off.New tri-rated cables were put into the loom with the earth terminal and fuse box in a more accessable place.Amulti core cable was run  to the back of the car.Here I discovered a piece of wire less than 2 feet long with 4 YES 4 scotch block connectors in it.JOKE.I fitted a new multipin plug so everything is readily accessable and detachable.The multicore handles the rear lights,indicators,brake lights,fuel pump and gauge along with the newly fitted high intensity rain light. 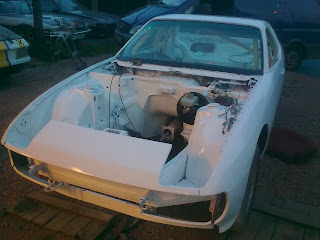